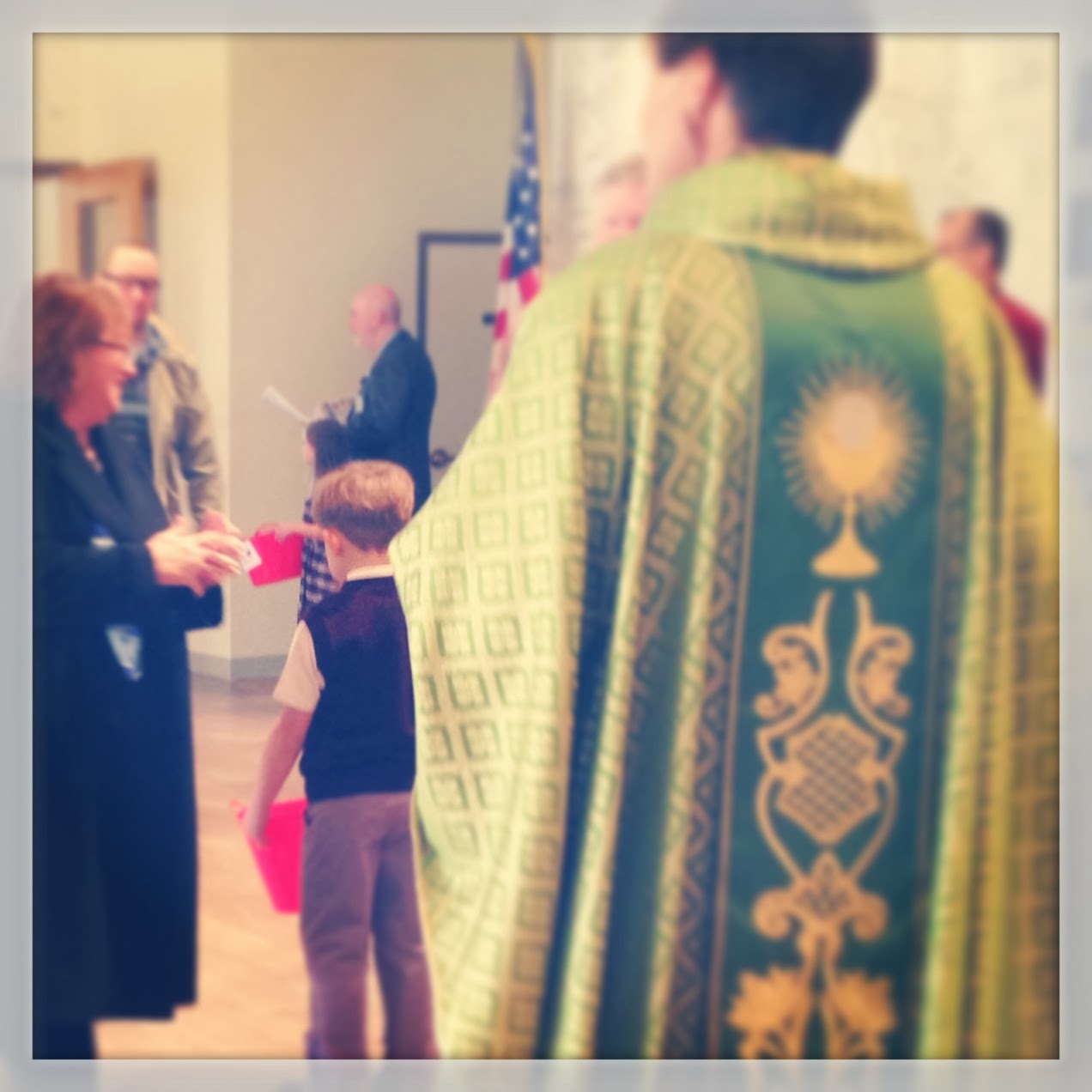 It was Catholic Schools week this past week. Our boys attend the local parish school and participated in collecting tuition donations after Mass last Sunday (not for their own tuition, but money to provide assistance to families who may want to send their children to Catholic school but cannot afford it).  My favorite part of Mass was when Father R. asked people to stand if they were a product of Catholic schools.  There must have been 75% of the congregation that stood.  Clearly, Catholic education (whether in a parish school or a homeschool) fosters life-long Catholics. 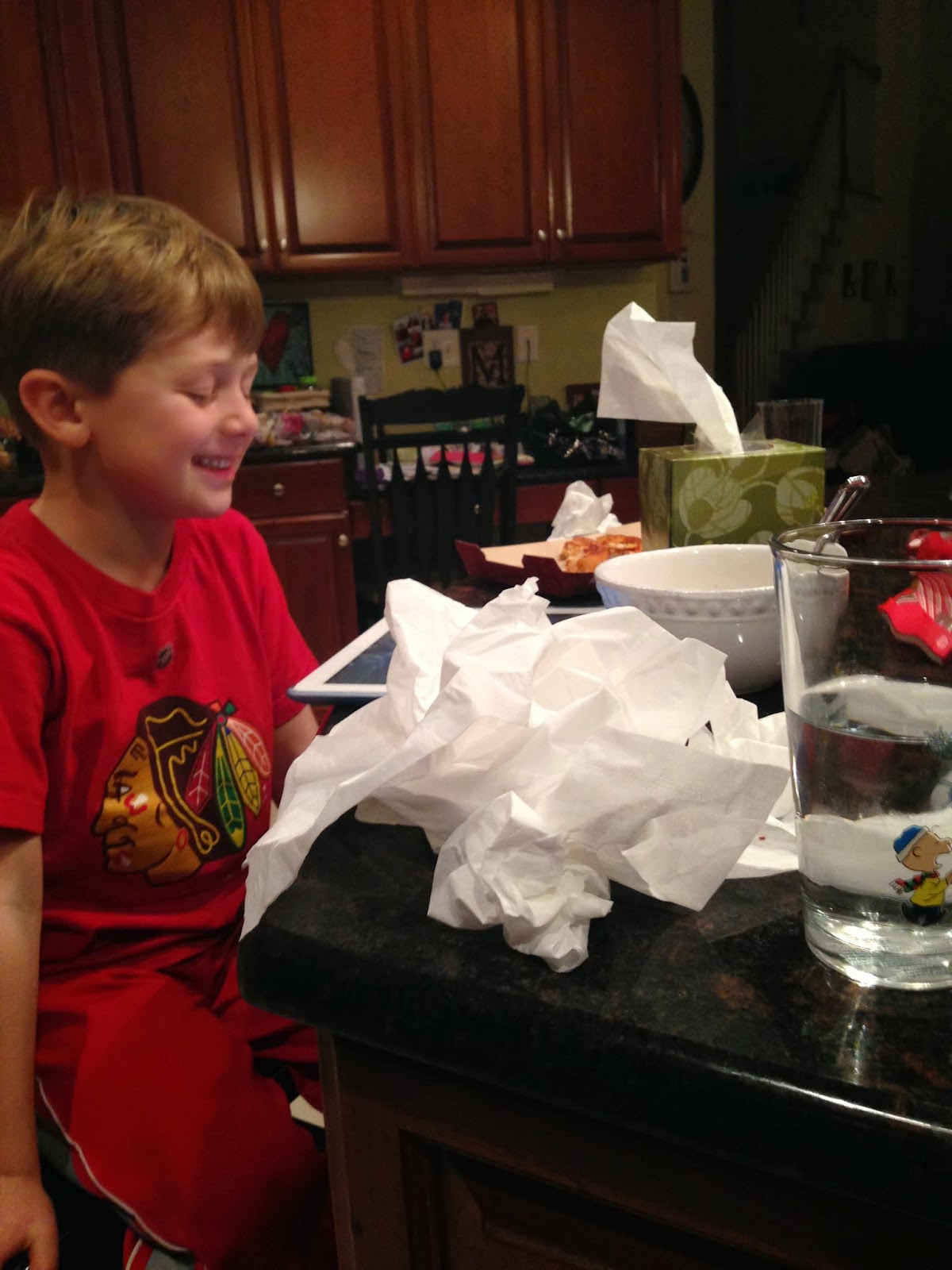 This boys has had a drippy nose and cough all week.  He is learning how to blow and wipe his own proboscis but we have to work on conserving tissues.  He is a one wipe and done Kleenex user.  I guess I can't blame him when I think about it but we really cannot go through an entire box of tissues per sneeze. 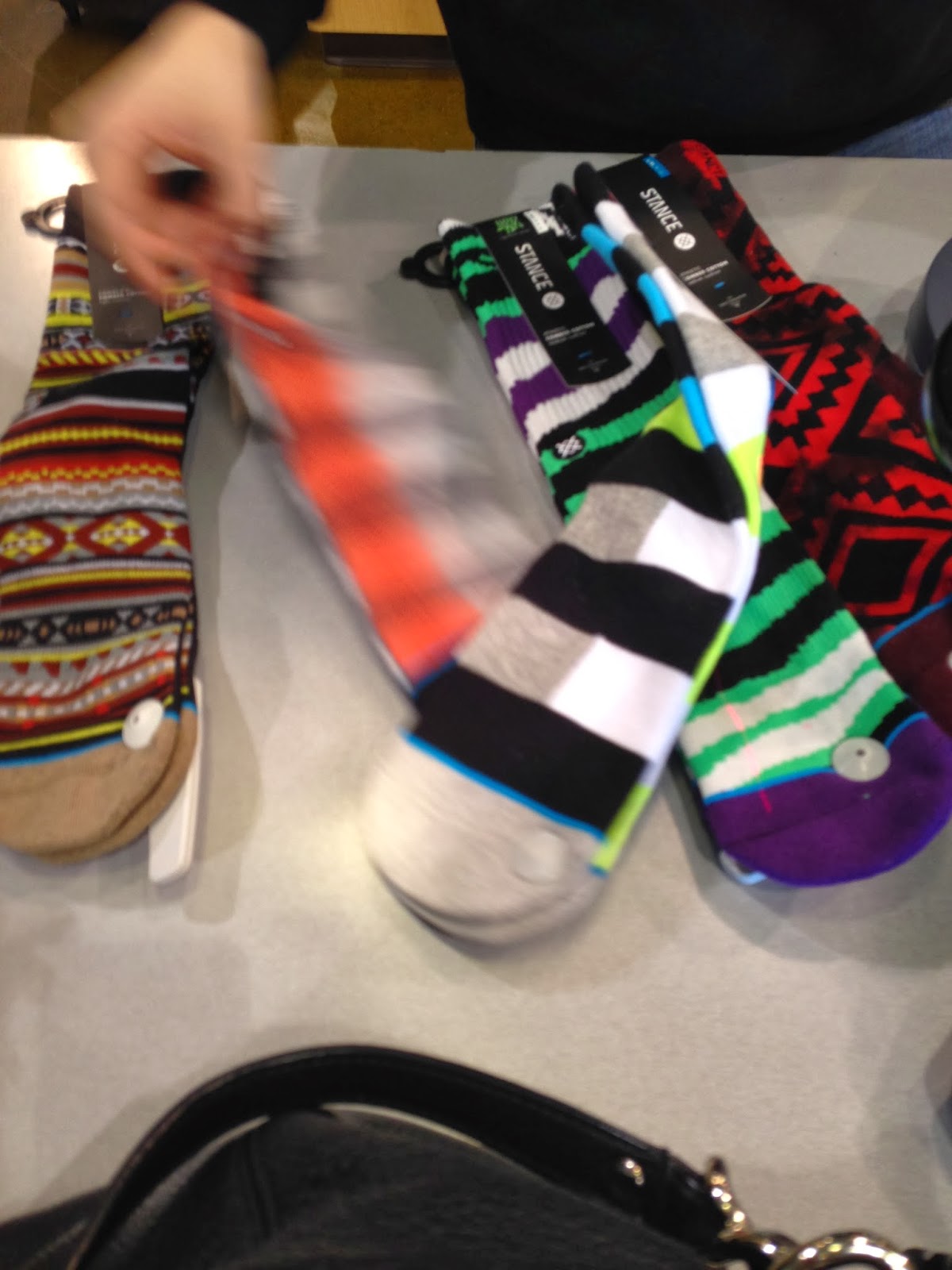 Anyone else have sons who are obsessed with these socks?  They are called Stance Socks. My husband calls them old man socks but the boys want a new pair every week and they love to wear them to basketball practice. It's fun to see the boys grow into their own sense of style.
I remember obsessing over jelly shoes and Guess jeans back in the day. This is one obsession I can handle! 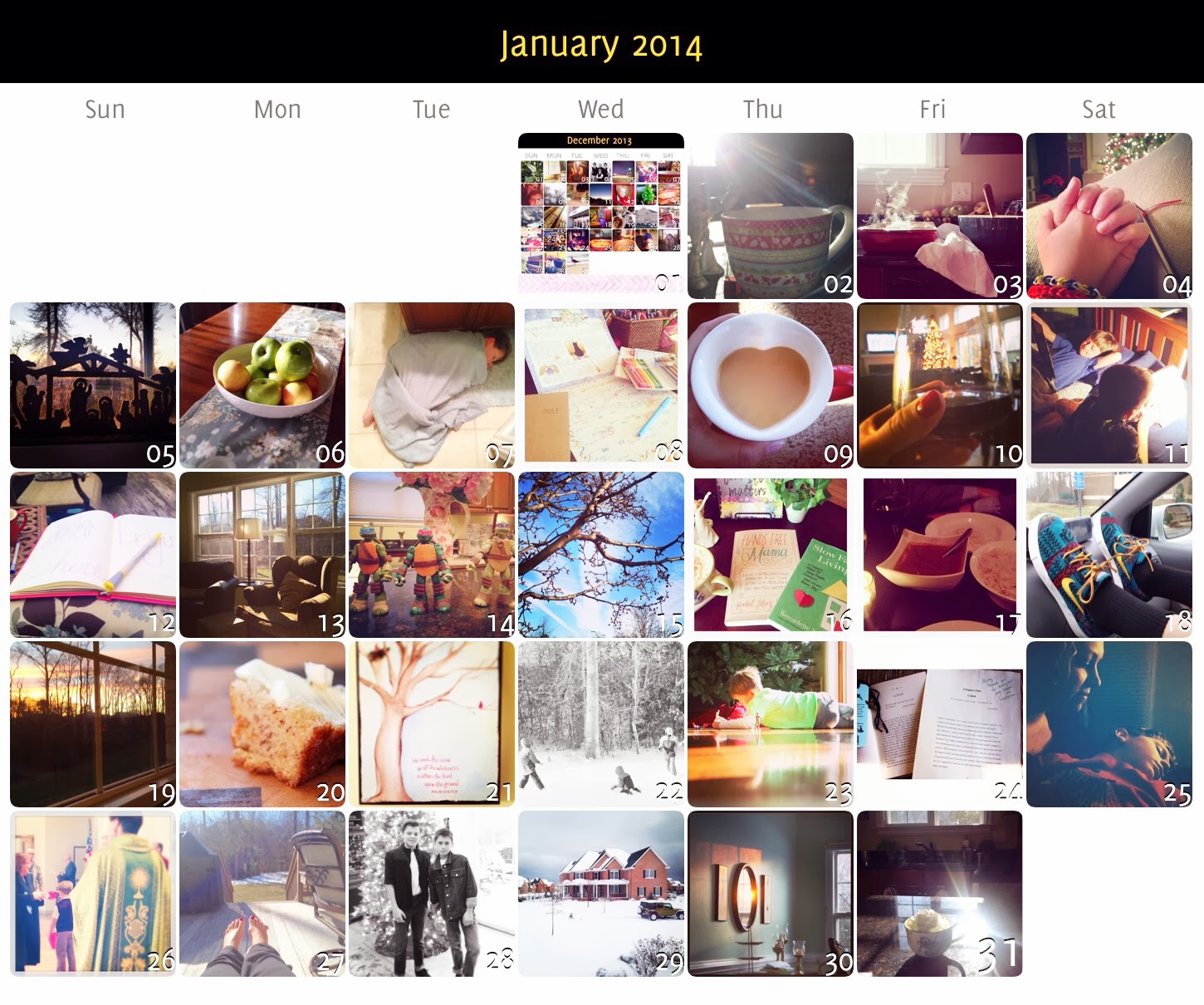 Have you tried the Project 365 Pro app? It is such an easy way to capture your everyday life via photos.  Each day you add a photo and at the end of the month it makes the collage for you.  I'm not a scrapbooker by nature so this is brilliantly easy for me. 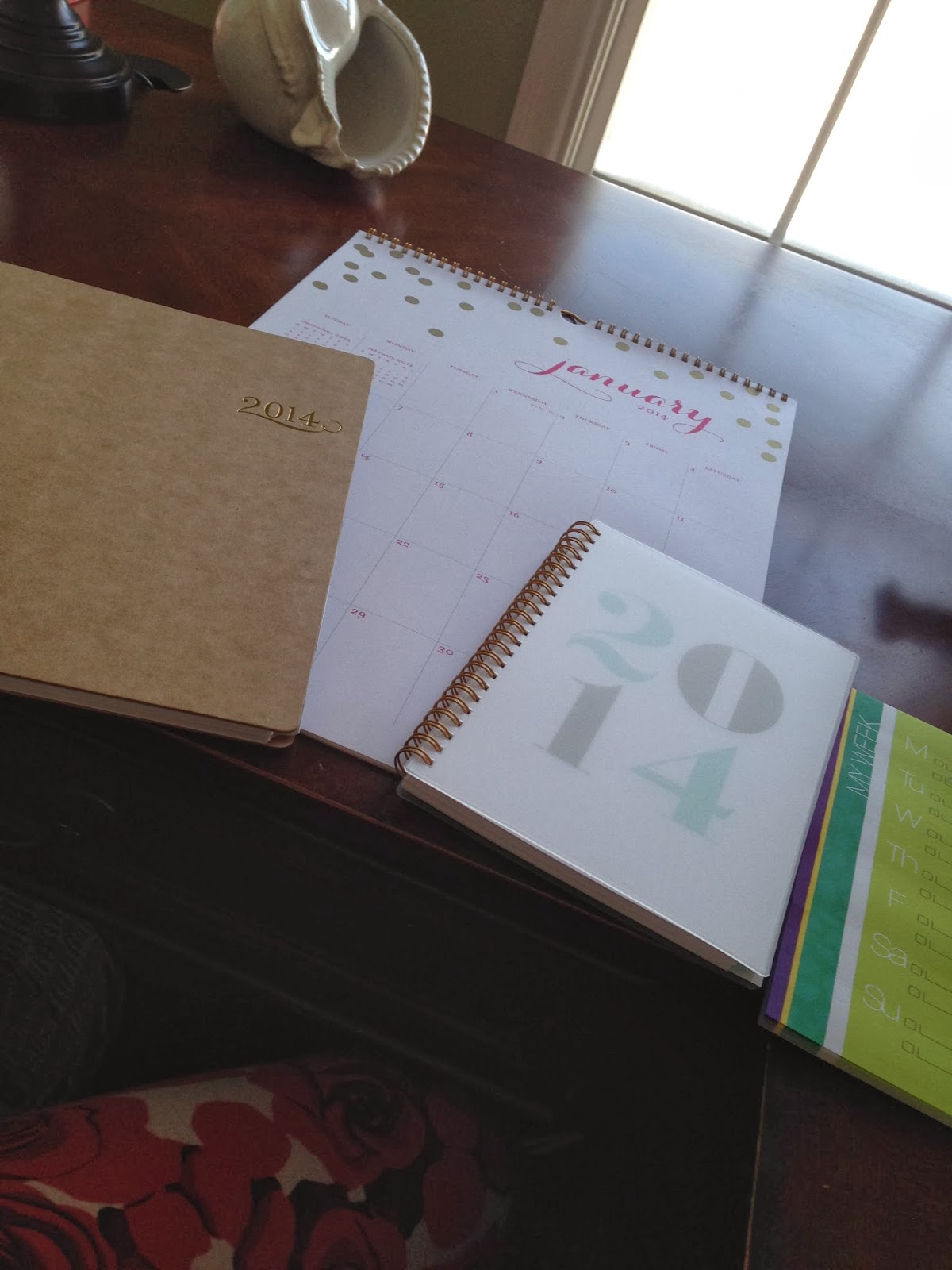 Hi, my name is Misty and I have a planner addiction.  I cannot seem to resist picking up the latest pretty paper planners Target keeps tempting me with. I have had them all month and am unable to write in any of them until I decide what each of them is specifically intended for.  It is a serious problem but I have a friend who confessed to the same issue and we plan to stage a mutual planner intervention together over coffee, and planners, soon. (MG I'm talking to you!) 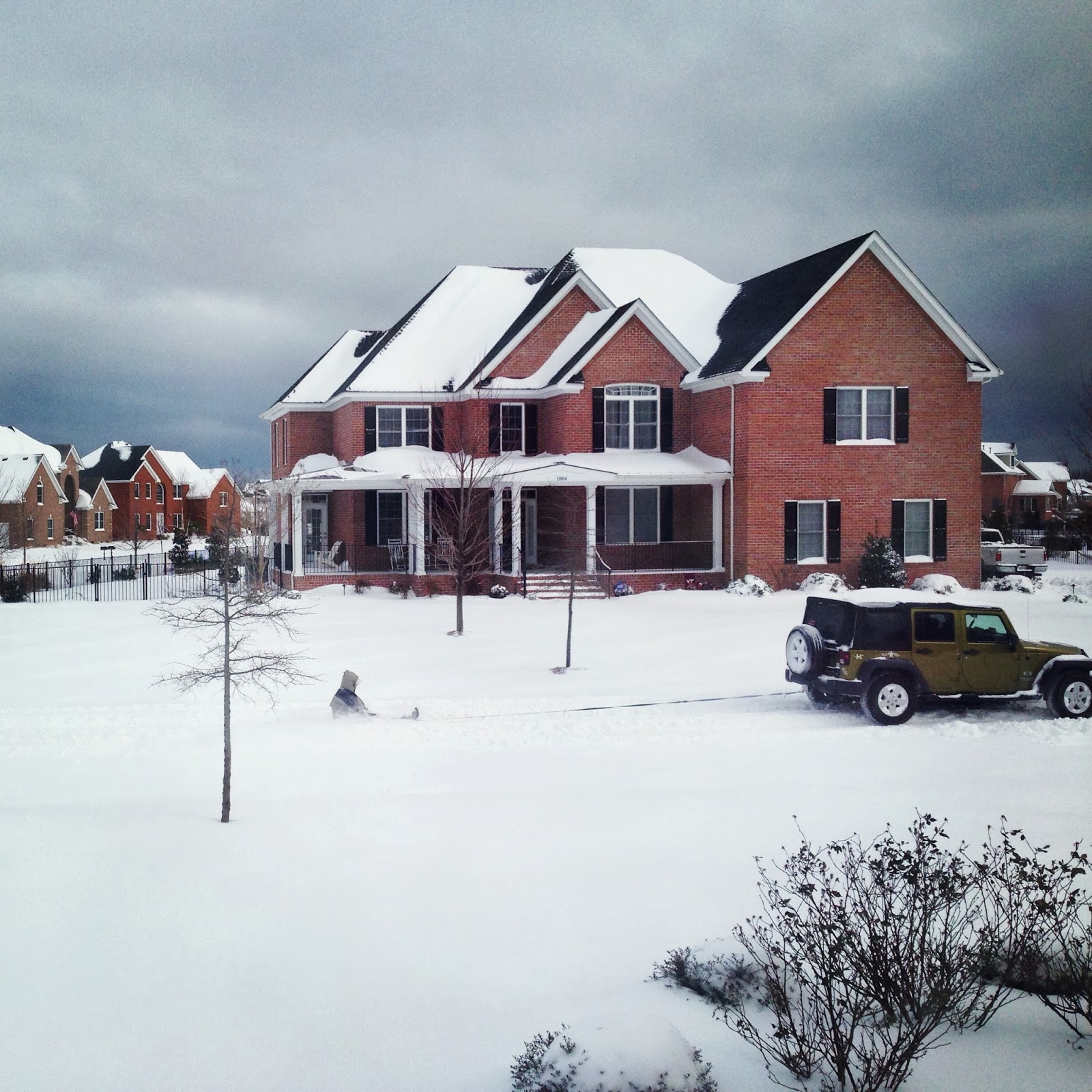 Winter Storm Leon brought us ten inches of snow and paralyzed our beach town.  That didn't stop anyone from motorized sledding.  We did this on wide open farm land growing up but every time a scene like this drove by my house I held my breath hoping no one swung into a mailbox or a parked car.  It was so icy that a small tree and a light pole were knocked down  in our neighborhood but thankfully there were no sledding injuries!

We are on day three this week of no school thanks to the snow. Somehow I came across The Brady Bunch re-runs on TV and convinced my boys to watch with us one night.  Four episodes later we had to force them to go to bed, promising to watch more episodes the next day.  We saw the classic attic bedroom episode when Marcia and Greg fight over who gets it, the Greg becomes Johnny Bravo episode, the Peter gets fired from the bike shop episode, and the Cindy loses her mom's earrings episode.
It was amazing to watch the show now that I relate more to the parents than the kids.  Mr. Brady and Mrs. Brady were equal, respectful, partners. Mr. Brady was actually portrayed a wise, fair and loving father.  How clearly this show contrasts with the current youth-targeted shows where the father and most adults and teachers are portrayed as out of touch idiots and fools who have no idea what their kids are up to.
The Brady parents also teach natural consequences!  When Peter was fired I almost expected Mrs. Brady to storm into the bike shop demanding her poor son get his job back. She didn't.  When Greg and Marcia fought over the attic space they gave it to Greg because he was older. They made the rule and let Marcia and Greg work it out on their own. They didn't build an addition to let Marcia also have her own room so it would be "fair".
But what is the deal with Alice?  Why did it never strike me as odd that they had a live-in housekeeper? It is a riot to hear Mrs. Brady choosing recipes and asking Alice if she thinks she can make them.  Wow! What a stay-at-home-mom life she had!
Anyway, if you are looking for a family-friendly show that teaches good-old-fashioned G-rated values, try The Brady Bunch.  It's a hoot and a fun trip down memory lane. (Find it on TVland.)