Come With Me To Charleston ~ part 3 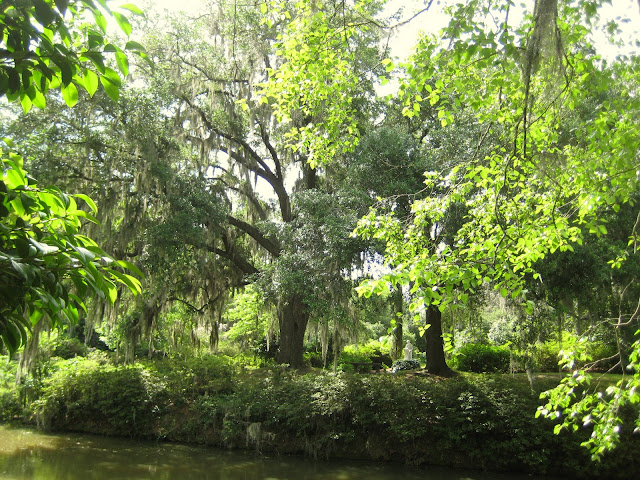 On our second day in Charleston, we decided to head a few miles out of town to Middleton Place, a former rice plantation which is now a National Historic Landmark. 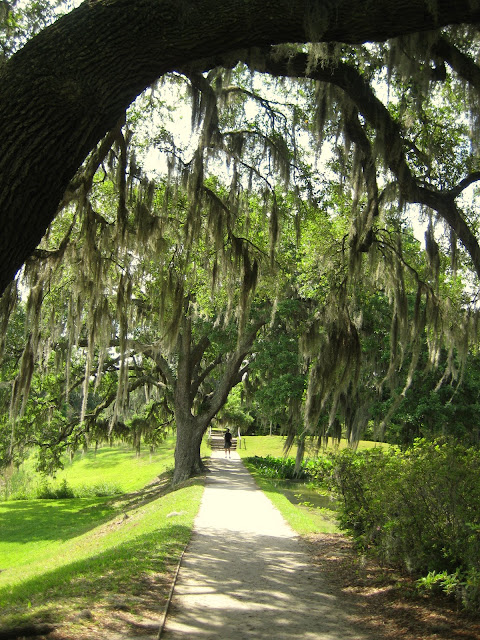 The Middleton family first lived here from around 1705.  The three main houses were terribly burned during the Civil War and then two of the three were reduced to rubble in the Great Earthquake of 1886. 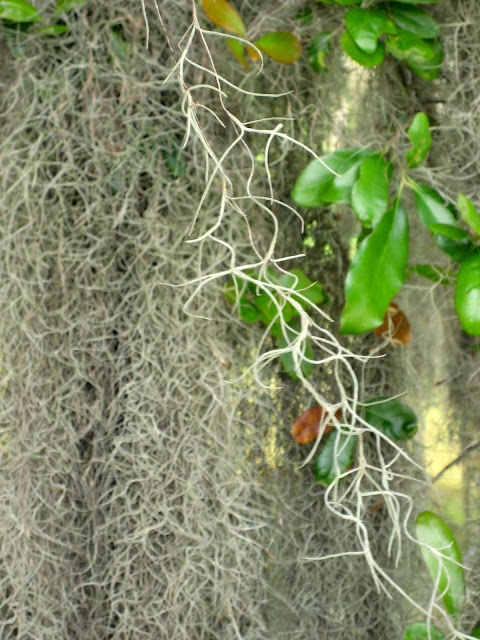 The plantation sits on the Ashley River, a tidal river that rises and falls six feet each day with the tides.  In the early days, the only way to reach Middleton Place was by riverboat. 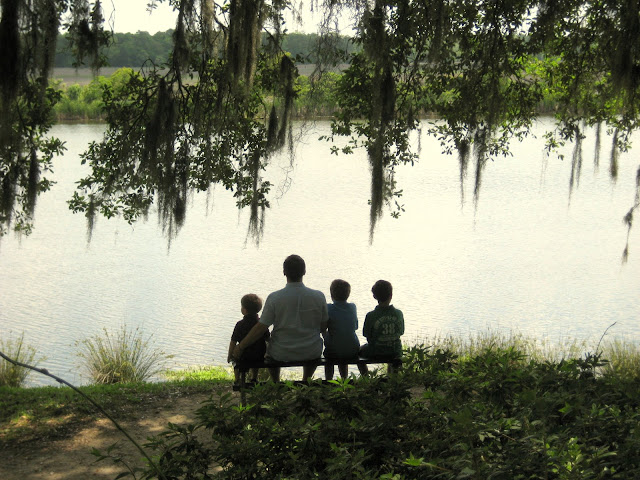 Touring the quiet grounds provided many moments for contemplation and rest. 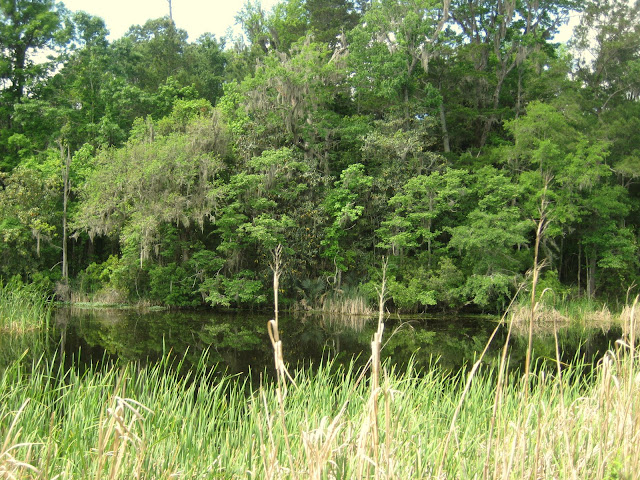 There were swampy areas and we even saw a small crocodile swimming.  We were told they have had one as large as 16 feet long.   We also learned about coots - a bird that is unfriendly to other birds  - thus the saying about being an old coot. 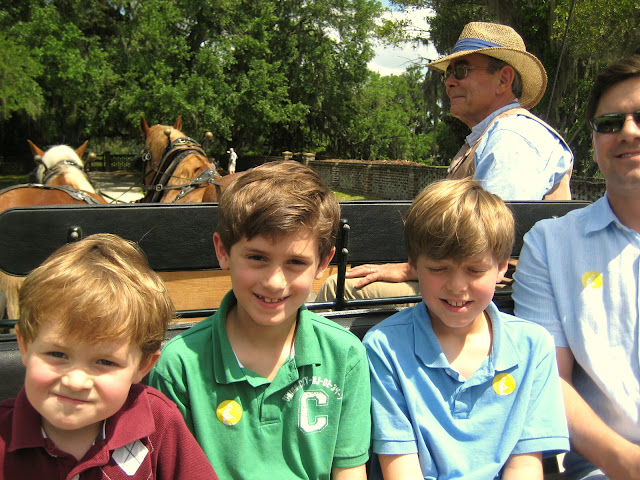 Mr. Mark gave us an informative carriage ride through the bamboo forests and abandoned rice paddies. 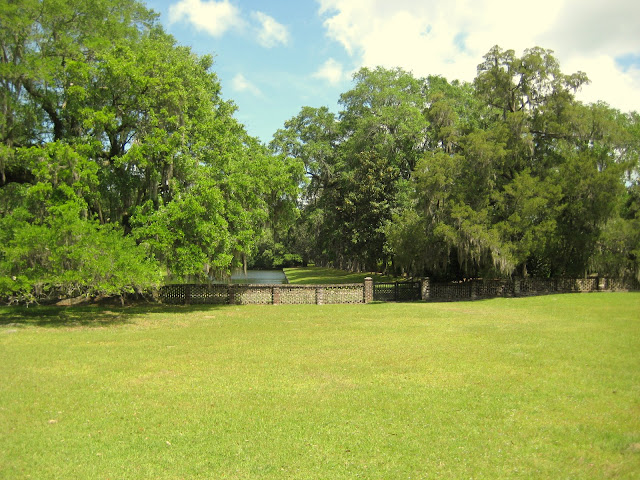 I loved the ancient brick fences and the beautiful gardens.  Middleton Place claims to have America's oldest landscaped gardens dating back to 1741.

To the left of the horses is the South Flanker house which was restored in 1869.  We took the house tour and learned that the family had a winter bedroom which included a fireplace and heavy draperies in an attempt to stay warm.  The  summer bedroom had many windows and a mosquito netted bed in the center of the room where the breezes might blow over them during the night. 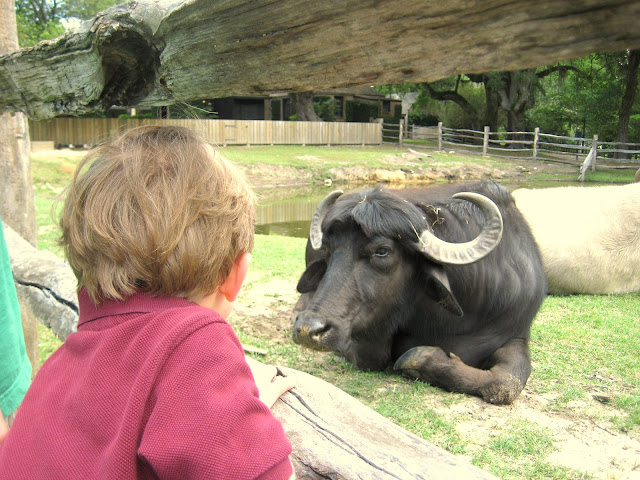 The plantation was self-sustaining and had all kinds of animals and craftspeople. 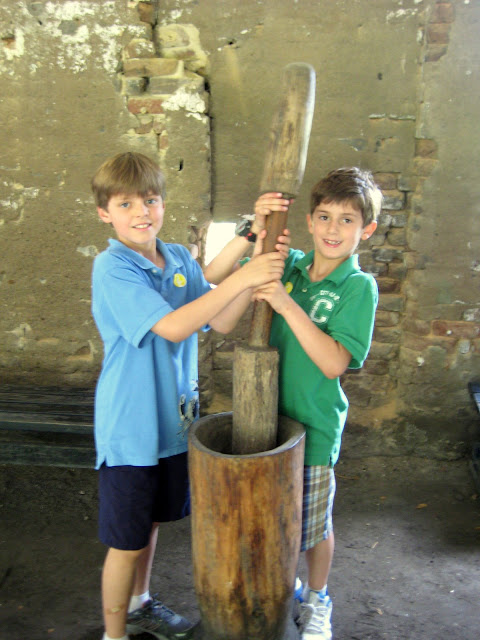 The boys tried their hand at grinding in the mill. 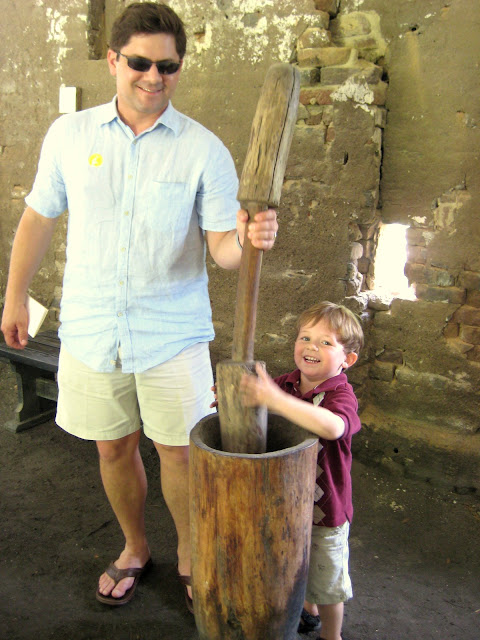 The Middletons had hundreds of slaves, many of whom planted rice by the toe-heel method for ten hours a day, five and a half days a week.  They would poke a hole in the soil with their big toe, drop in a single seed, and smash it down with their heel. 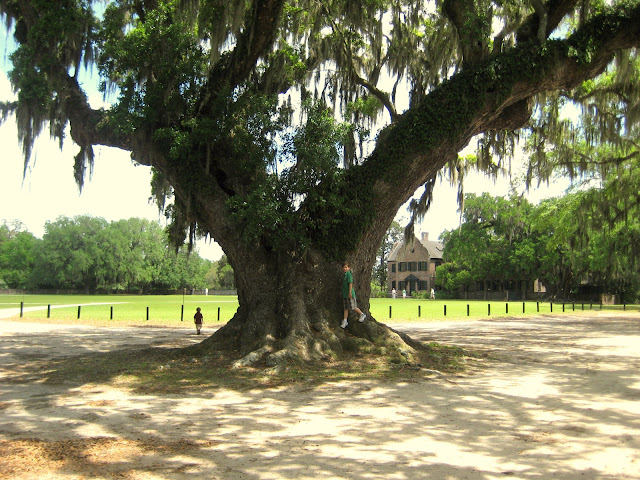 There was not a lot to see of the slaves' lives on the plantation and we all wanted to see more of how they lived.  This link will take you to a book which has more interesting details about their daily lives. 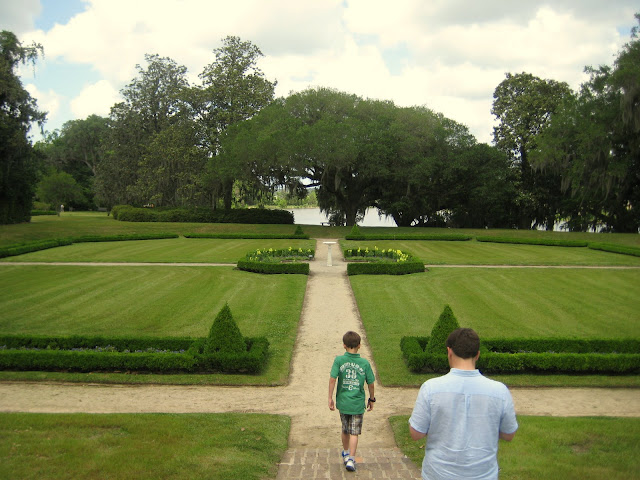 There were open gardens... 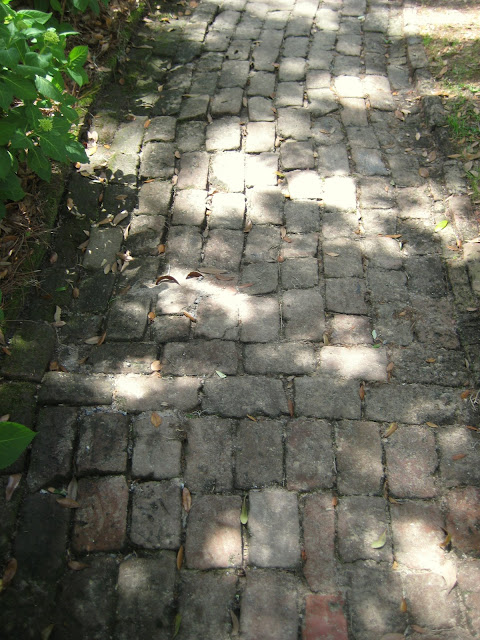 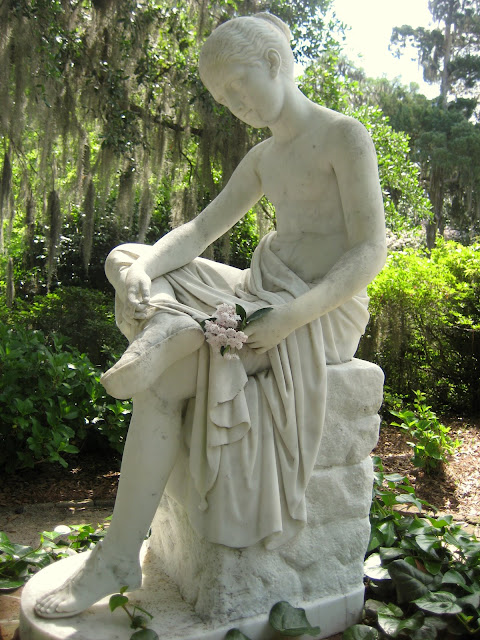 This marble "Wood Nymph" is one of few statues that survived the Civil War. 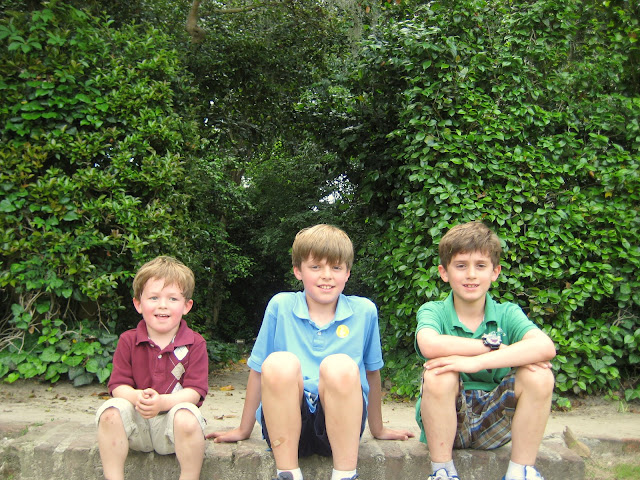 The boys were able to run, jump, hide and explore all morning.  It was hot but they loved it. 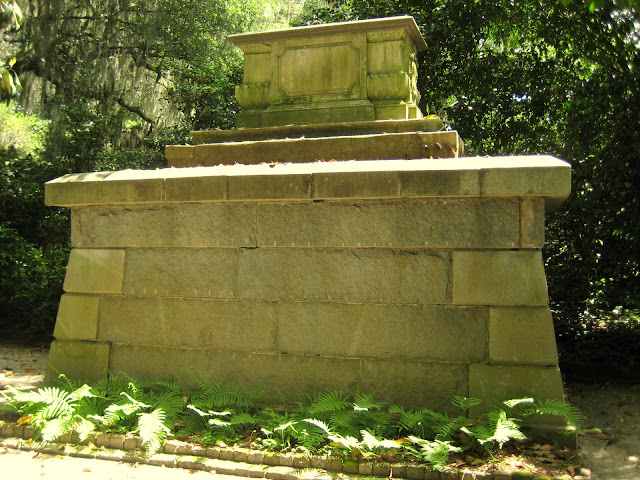 Arthur Middleton, a signer of the Declaration of Independence, is buried in this tomb.  He died in 1787. 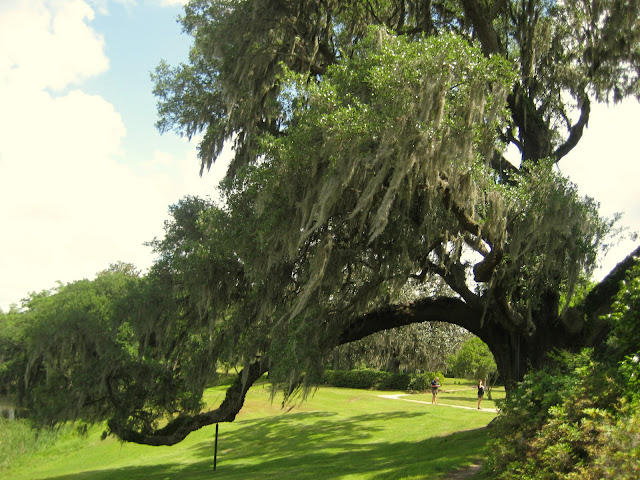 There were many huge oak trees on the plantation but this one is thought to be around 1,000 years old.  Just imagine the stories it could tell... 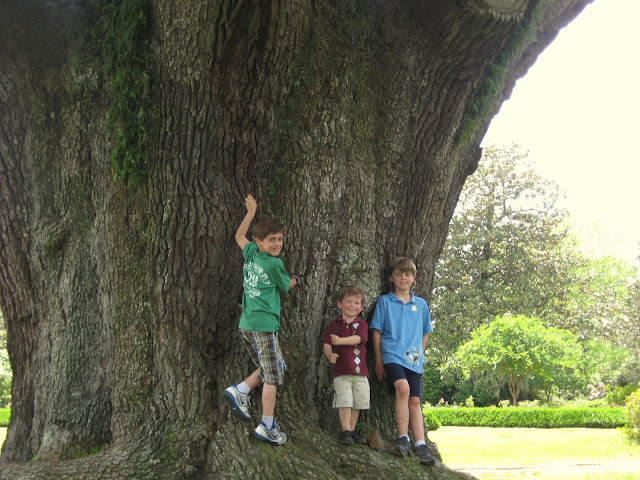 We ate shrimp and grits, cornbread and other Low Country dishes at the quaint restaurant. 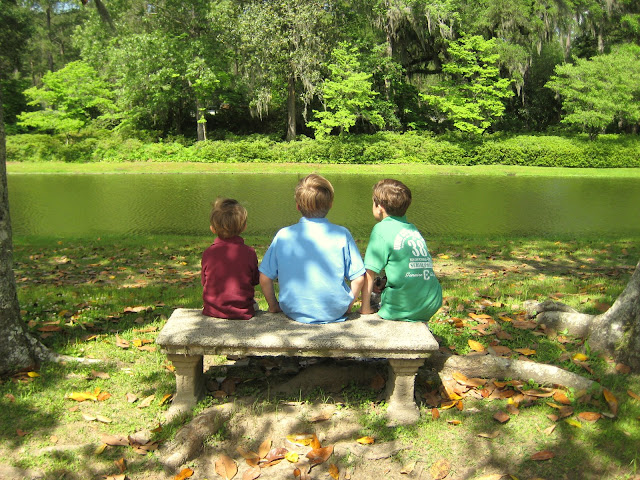 Seeing this plantation left us with a deeper understanding of the South and its complex history.

I hope you enjoyed touring the sites along with us!  If you want to see the first two installments click here ~


Come With Me To Charleston ~ part 1


Come With Me To Charleston ~ part 2 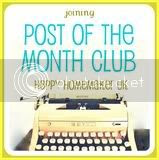